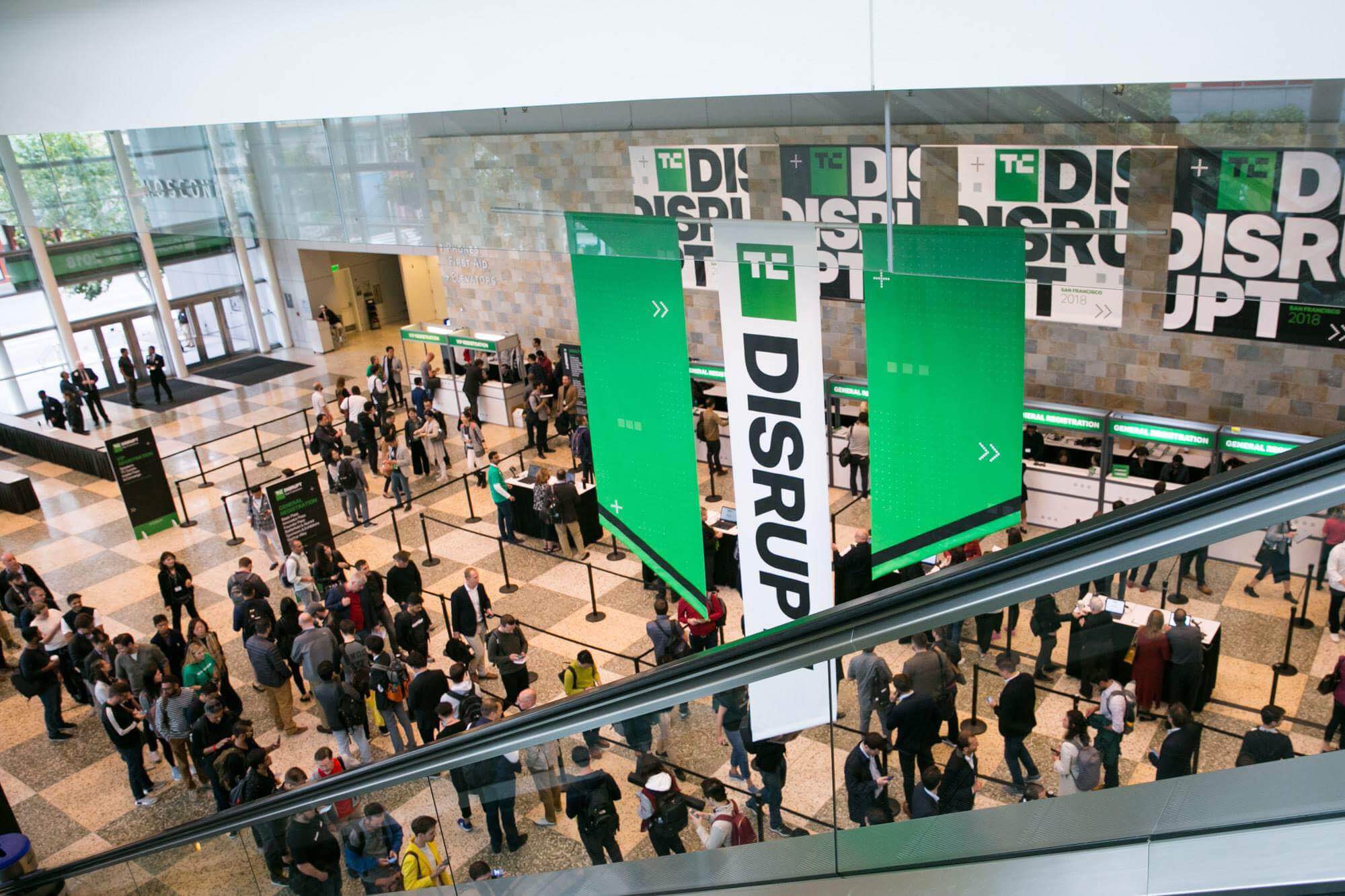 The TechCrunch Disrupt San Francisco 2018 can easily be called a technological epicenter. The organizers gathered more than 10,000 participants this year. Over 3 days Tap2Pay was among these lucky. Fintech startup became one of the online TechCrunch hackathon’s winners and was invited to the conference as an Honorable Mentions winner.

CEO of Tap2Pay Eugene Palcheuski told us how the team prepared for the trip (two weeks before the event!), and even how to get on TV in the report from the conference.
We found about we won on August 16, and two weeks later we had to be in US! We had only two weeks to prepare, obtain visas, purchase air tickets, do everything else needed for a trip to the US. This is usually not enough time. 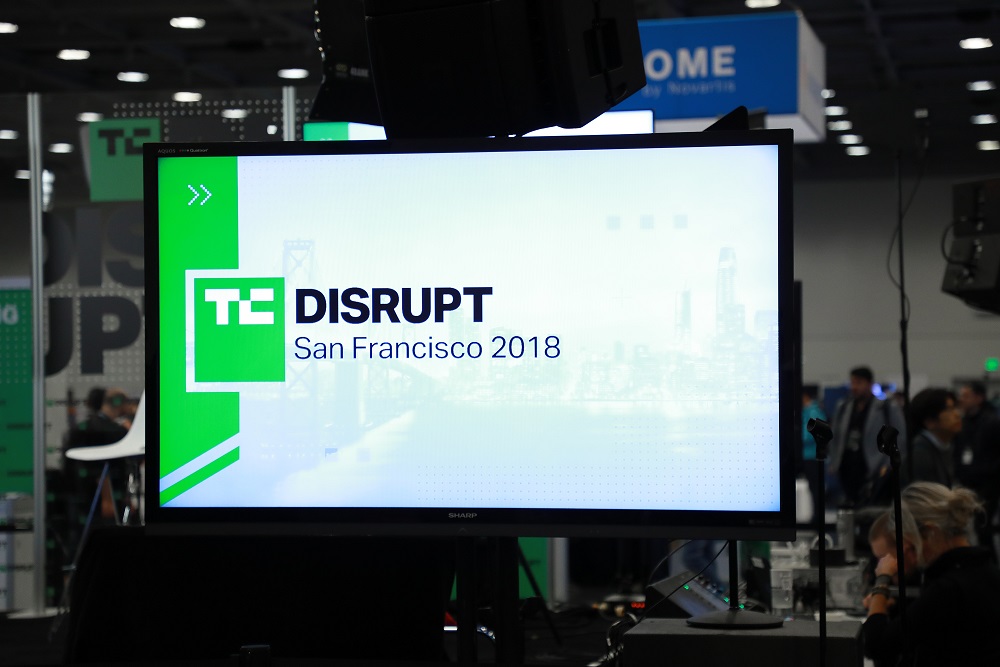 When at the event 10,000 participants, don’t expect to meet relevant clients and investors if you haven’t scheduled meetings in advance.
It’s best to schedule meetings for each day of the conference and get a booth so that one person can go to meetings, and the second can man the booth.

A special ticketing system was developed for the conference, which gave participants different opportunities. Usually, tickets for startups are $1,599, while participation with a booth and three tickets for the team would cost approximately $2,000.

1,200 startups presented their solutions for 3 days. The Startup Alley included different areas: fintech, blockchain, robotics, VR, e-commerce, edtech, medtech, healthcare, biotech, etc., which was very convenient. Visitors could immediately go to the booth relevant to them. The startups at the stands were different every day. 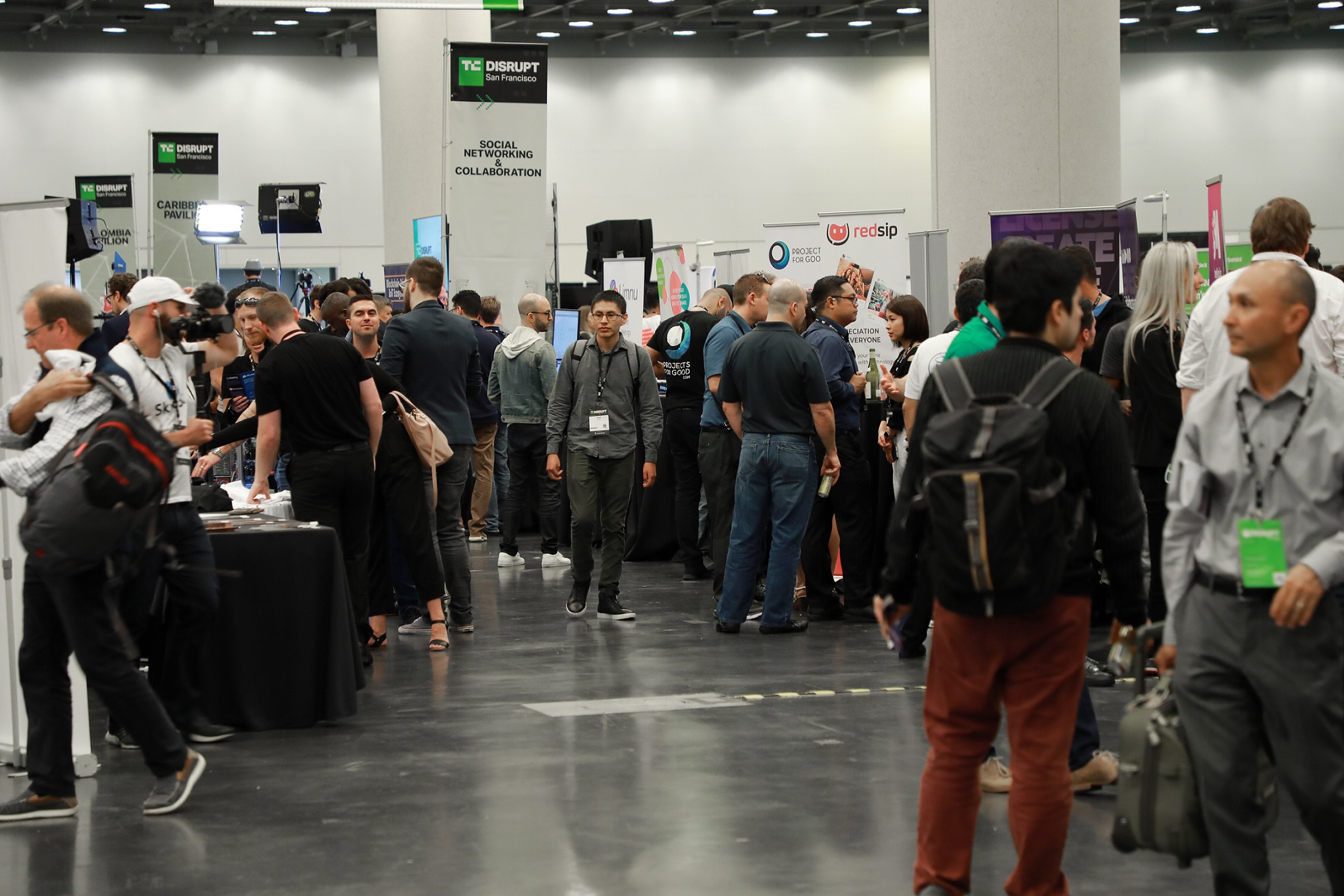 In addition, the Tap2Pay team was invited to the VIP Investor Dinner. This included pitches by startups for investors. In the second part of the event, each investor introduced himself to the audience and told them about his profile and what startups he was looking for. After that, everyone had three minutes to communicate with the investor. If the investor was interested, you could send him a pitch deck via email. There was networking at the end of the event.

AI is still in the mainstream. The winners were startups based on this technology. A lot of startups and investors were involved in blockchain. There is a great deal of belief in this technology.
Emily Weiss, CEO of Glossier, shared some interesting information about e-commerce: 72% of Millennials make a decision about beauty and fashion purchases on Instagram. And we just happen to offer a solution for payment on social networks, including Instagram!
Different gadgets are still popular – in medtech it’s bracelets for lowering stress levels, devices for improving sleep quality, and glasses on the arms of which are special speakers that make sound that only the listener can hear – they allow you to simultaneously listen to music or a podcast and hear what is happening around you.

There were pitch competitions during the conference. 5 startups of 21 pre-select teams reached the final. The winner was a start-up based on artificial intelligence technology, that helps support teams quickly find suitable answers to requests.
I have heard a lot of pitches from startups from different countries at different conferences, but at TechCrunch was the best quality of the pitches. 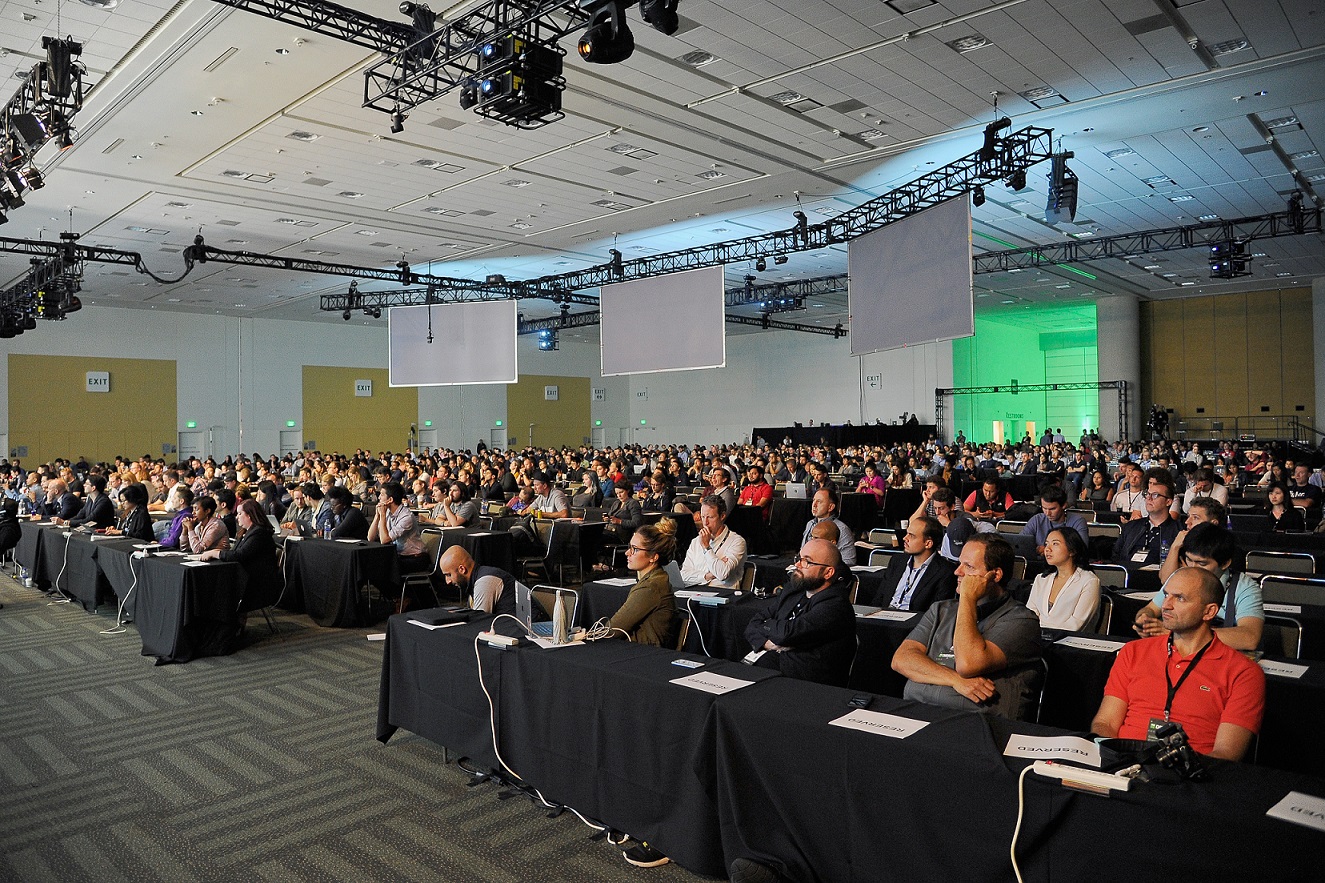 I noticed that one of the most important slides in the presentation described the “star” team. Some startups have team members who have experience in global IT companies: Linkedin, Airbnb etc, who graduated from Stanford and other similarly well-regarded universities. This is important!

Disrupt SF is famous for great speakers and cool master classes. Among the speakers was Eric Ries, author of the book The Lean Startup. During the Q&A session, he was asked questions about what changed for founders after the book was published (in 2011). The Lean Startup describes the concept of the pivot, a quick, low-cost way to test hypotheses, and allowed investors to invest in startups at earlier stages. 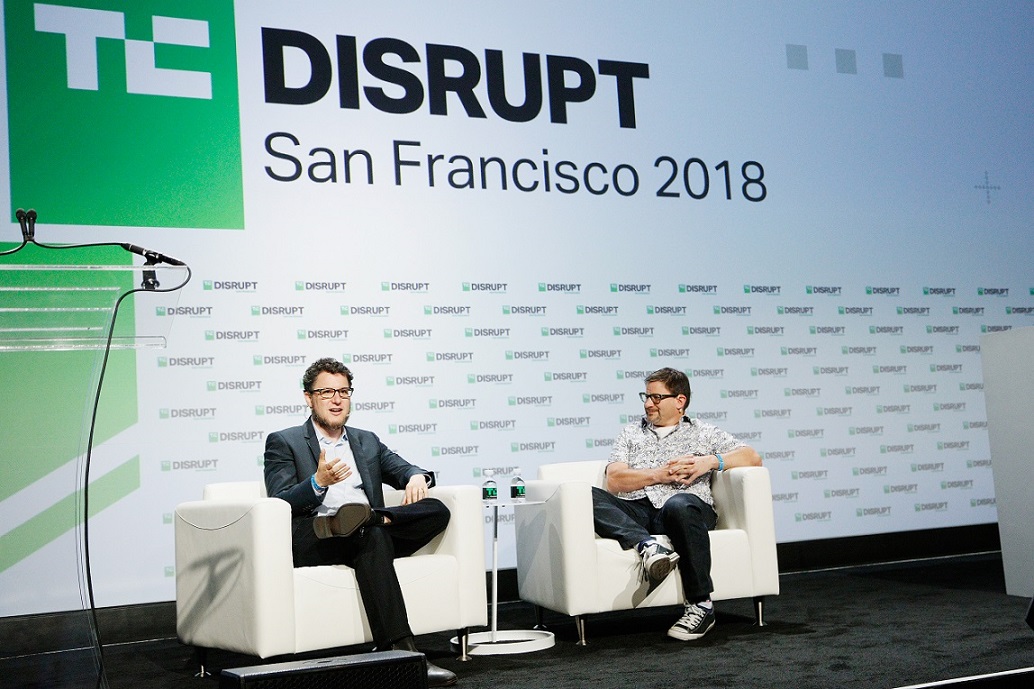 After the presentations, anyone could come up and chat with the speakers, or ask a question. Sometimes the line was an hour long.

Lifehacks to make the trip effective. 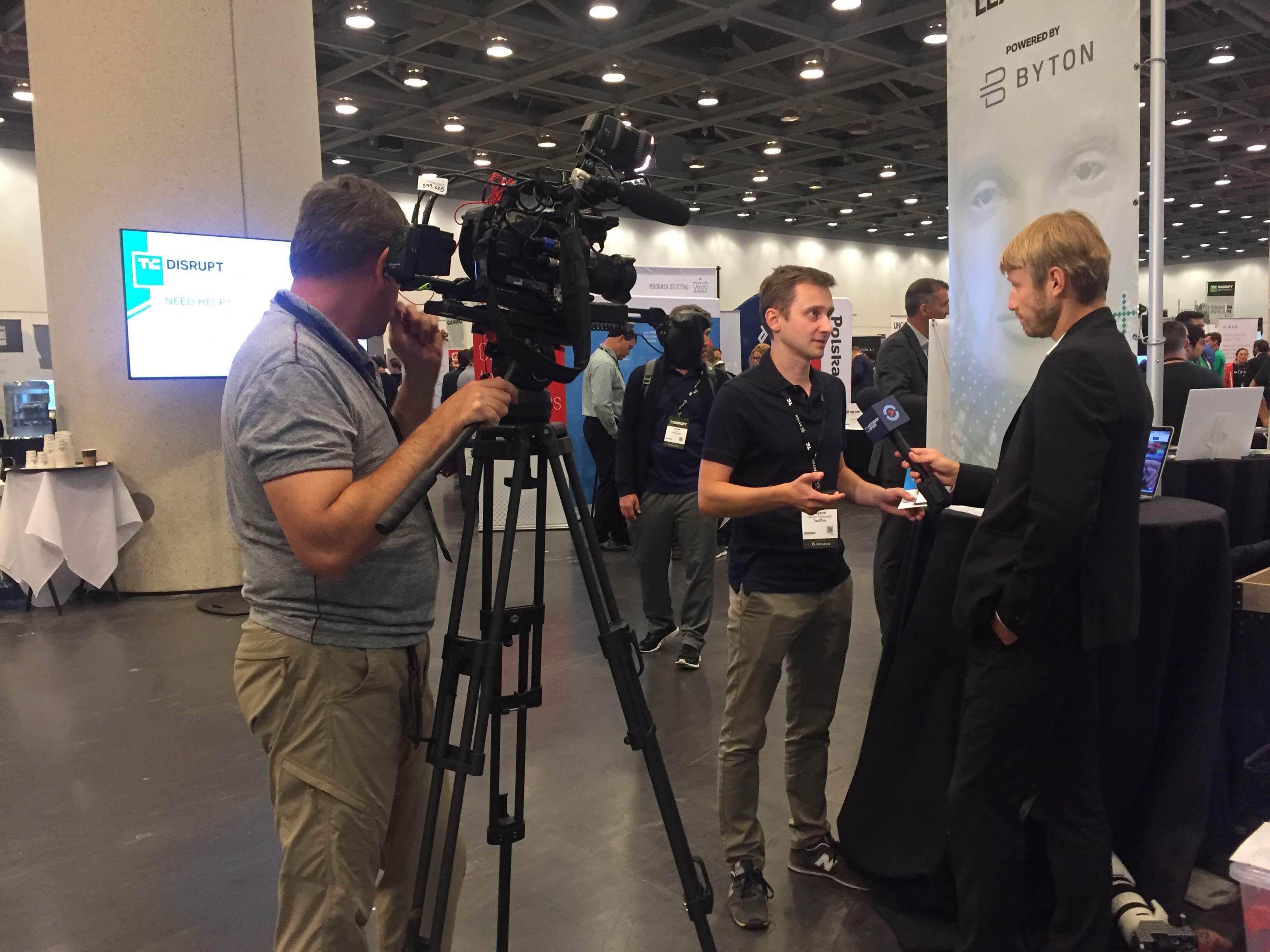